This piece was inspired by the creation story of the Karankawa, Native Americans who inhabited Houston and the Texas Gulf Coast. According to legend, the first child of the Karankawa was born of the sun god and the moon goddess and rested in an oyster shell cradle on a cloud. One day, the god and goddess were arguing, and the cradle was accidentally knocked from the sky and fell into the Gulf of Mexico. The goddess’s weeping was said to account for the abundant rainfall along the coast.

Images of the oyster and the rain guided Tolle’s process. He made an enormous shell-cradle to be mounted on Cemo Hall, over an existing scupper designed to shed water. Directly below it, he constructed a mound of overlapping oyster shells in the form of a wigwam, the traditional dwelling structure of the Karankawa. During a rain event, water travels across the cradle shell and cascades over the mound below, creating what Tolle calls “a passive water feature.” The artwork guides the natural flow of rain on a narrative journey on its way down to the earth. In its site specificity, the work not only connects directly to the building but also makes subtle connections to the history of the region and its present meteorological conditions. 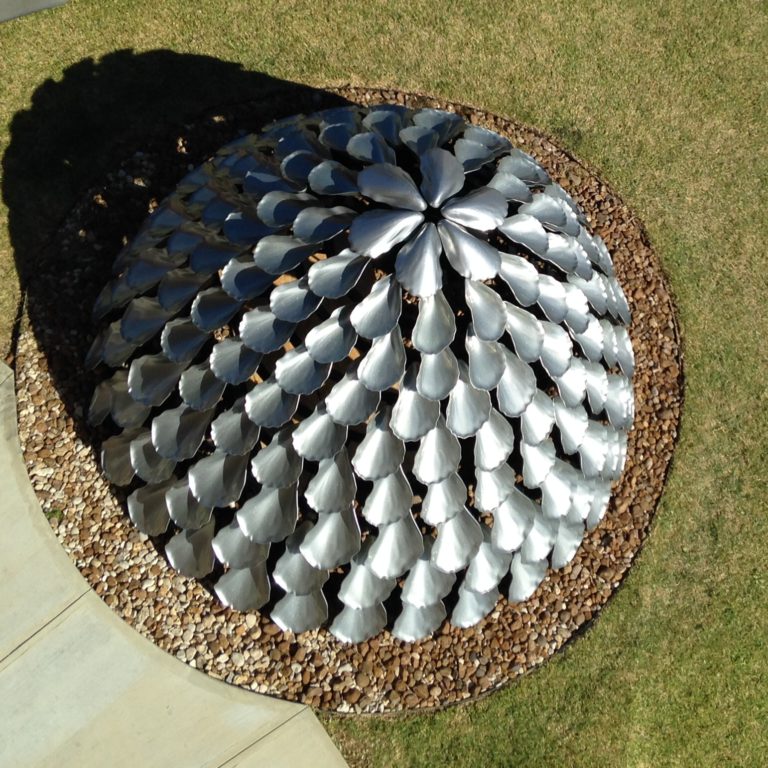 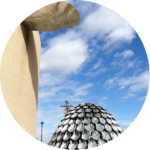 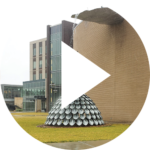