Public Art UHS, the Department of Comparative Cultural Studies (CCS) at the University of Houston and the Sin Huellas Artist Collective have collaborated to present a double exhibition featuring Hostile Terrain 94 and Detention Nation. These artist-activist projects seek to expand the dialogue concerning the violence of immigration enforcement, border policing, and migrant detention in the United States. 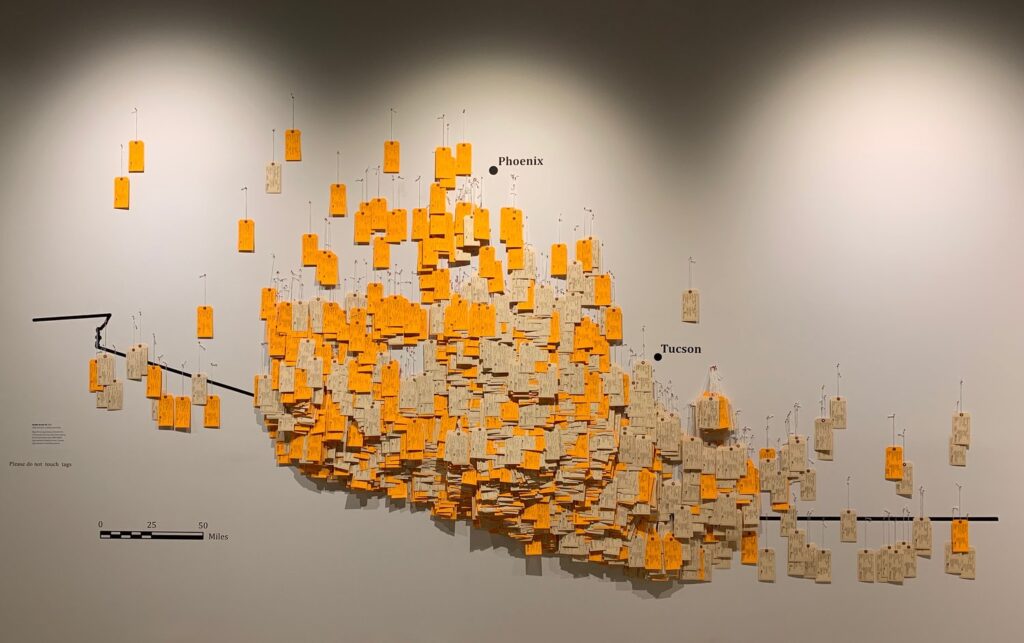 Hostile Terrain 94 is a participatory art project sponsored and organized by the Undocumented Migration Project (UMP), a non-profit research-art education-media collective. The exhibition is composed of over 3,200 handwritten toe tags representing the human remains of migrants who have died trying to cross the US-Mexico border since the mid-1990s. This installation is being exhibited at more than 125 institutions nationally and globally. 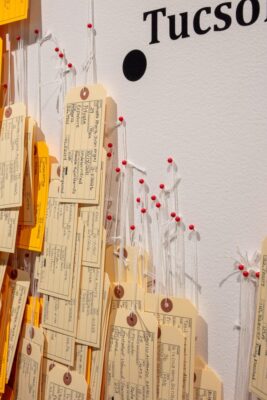 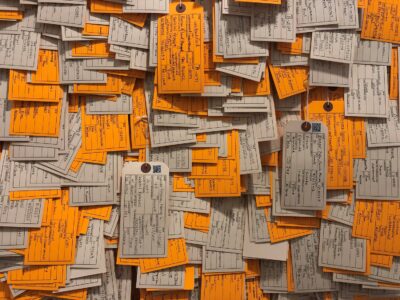 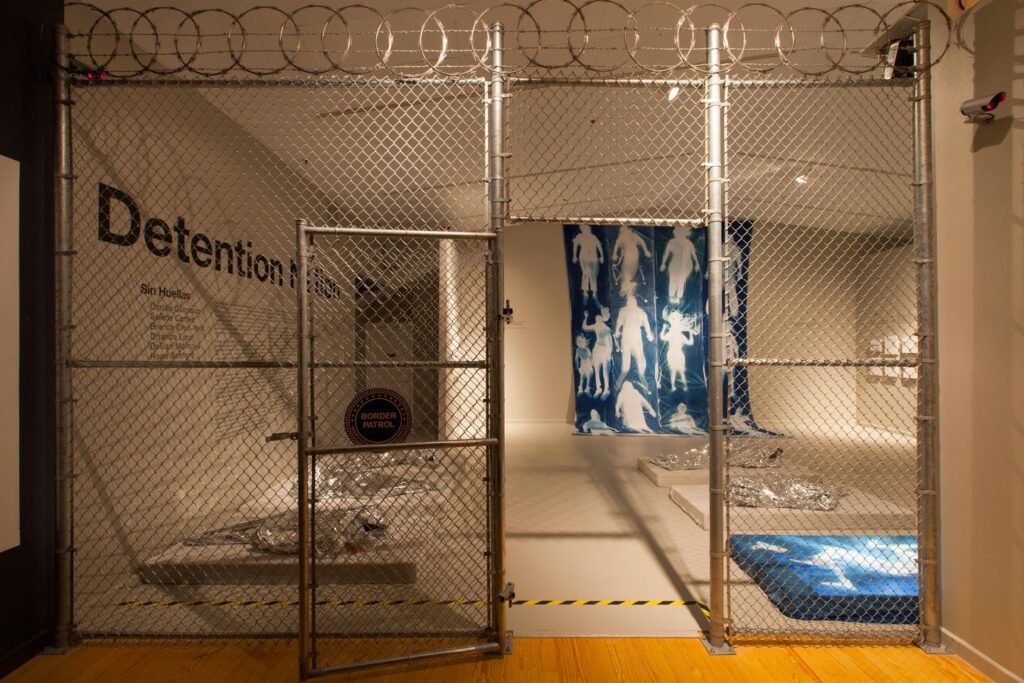 Hostile Terrain 94 and Detention Nation are co-sponsored by Public Art UHS and a number of academic departments at the University of Houston, among them: the Center for Mexican American Studies, the Center for Public History, the Creative Writing program, the Department of Economics, the Department of English and , the Department of Hispanic Studies. Additionally, Hostile Terrain 94 receives generous support from UH student organizations including the Association of Latinx/Hispanic Advocates & Allies, the Council for Cultural Activities, the Hallyu Club and the Blaffer Art Museum Student Association.