Yankee Flame, from the portfolio America: The Third Century, 1976


As one of the thirteen original Photorealist, Ben Schonzeit’s works are collected by the Museum of Modern Art in New York, the Lincoln Center Vera List Art Projects, and other notable galleries and museums. His public works are widely displayed across the United States and Europe. Born in Brooklyn, Schonzeit lost sight in one of his eyes at age five. This accident influenced his depth perception and peripheral vision. He credits his inability to see depth to part of the reason he is able to break down his painting into the necessary components that so greatly resemble not just a photograph, but the way people see objects in space. Schonzeit received his BFA from Cooper Union in 1964. Not soon after in the 1970s he started used an airbrush technique to create his photorealist pieces. This allowed him to blur the backgrounds of his pieces and highlight the main subject. Schonzeit evolved Pop Art’s use of photography and worked against Abstract Expressionism’s emotionality to help pioneer the Photorealism movement. He imitated photographs with his paintings in a way that analyzed the nature of human perception. 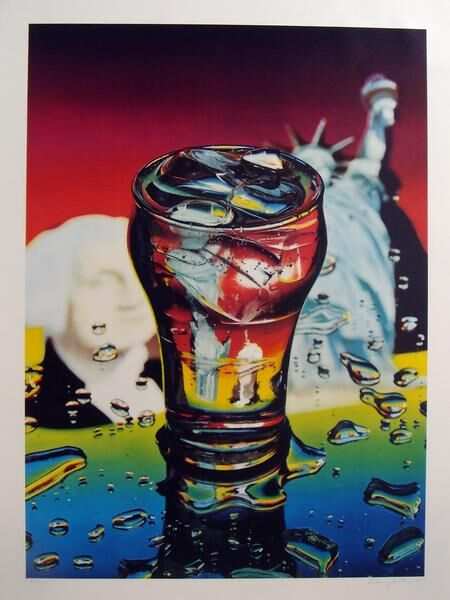