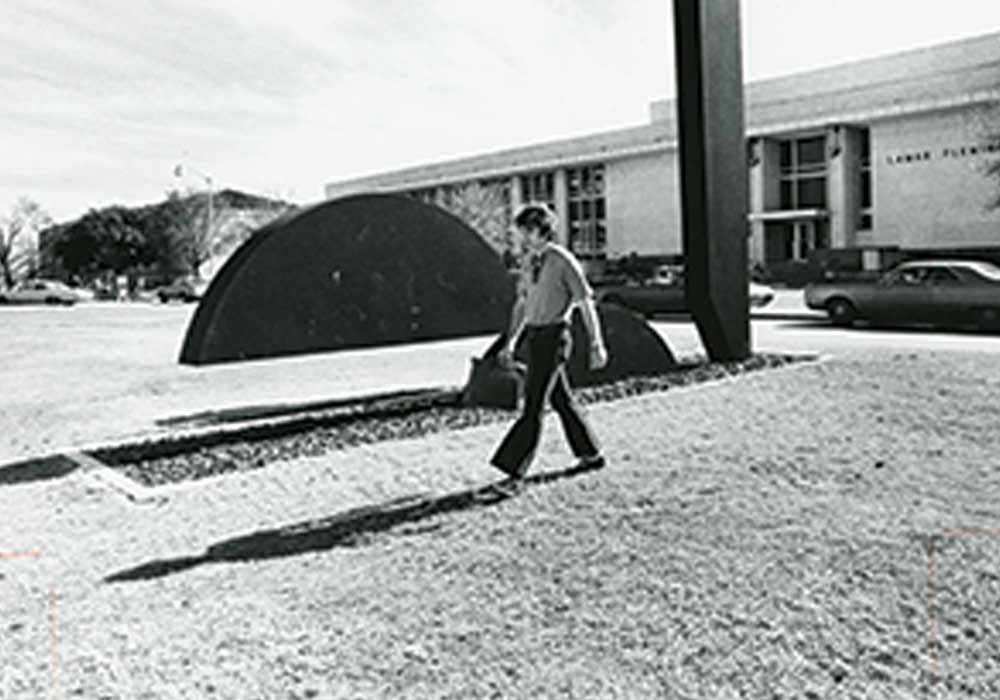 The story of Public Art UHS began shortly after the University of Houston entered the state of Texas system of higher education in 1963, 36 years after its 1927 establishment. In the 1960s, the university experienced the most decisive and formative years in its history, embracing the changes and opportunities brought about by Houston’s dramatic growth during the middle decades of the twentieth century. A number of important factors fueled UH’s transformation: among them the city’s rapid modernization, its ascendance as an oil and gas hub, the birth of an ambitious space program at NASA’s Lyndon B. Johnson Space Center, the Civil Rights movement and (significantly for UH) the widespread access to higher education for all Houstonians.

With UH mirroring the city of Houston’s unprecedented growth, a group of individuals with tremendous foresight and audacity pursued a simple idea: to bring the best of global contemporary art to the university and the city of Houston for free public enjoyment by the broadest local community. Notable among this group were Aaron Joseph Farfel, a Lithuanian-born humanist, philanthropist and Houston-based private investor appointed to the first University of Houston Board of Regents; Philip Guthrie Hoffman, UH’s fifth president, who transitioned the institution to a racially integrated status; and Professor Peter Guenther, a German immigrant who became the founding chair of the Art History Department at UH and taught for 30 years until his retirement in 1994.

In 1966, the UH Board of Regents approved a collecting program for the university. At the time, UH was undergoing an unprecedented construction boom, and Public Art UHS was conceived to greatly enhance campus life as well as the prestige of the University at a local, regional and international level. In 1969 the state of Texas ratified the necessary legal framework which guaranteed the funding of public art from construction projects. UH then became the first public university in Texas to formally adopt a Percent for Art program.

In 1969, UH made its first official acquisitions: Orbit I and II by the Japanese-American artist Masaru Takiguchi. Soon after, UH acquired its first outdoor sculpture, Albertus Magnus (1955, cast in 1970) by the Berlin-born Bauhaus artist Gerhard Marcks. “Big Al,” as the piece is affectionately known on campus, was installed in 1971 in front of the University of Houston Law Center (formerly Bates School of Law) and sparked an interest in acquiring other larger outdoor works. Along with Iroku (1965) by Sofu Teshigahara, which the Government of Japan gifted to the university in 1967, these initial acquisitions cemented an interest in bringing to campus and to the city of Houston the best and most diverse examples of global contemporary art. Public Art UHS continues this approach to this day. 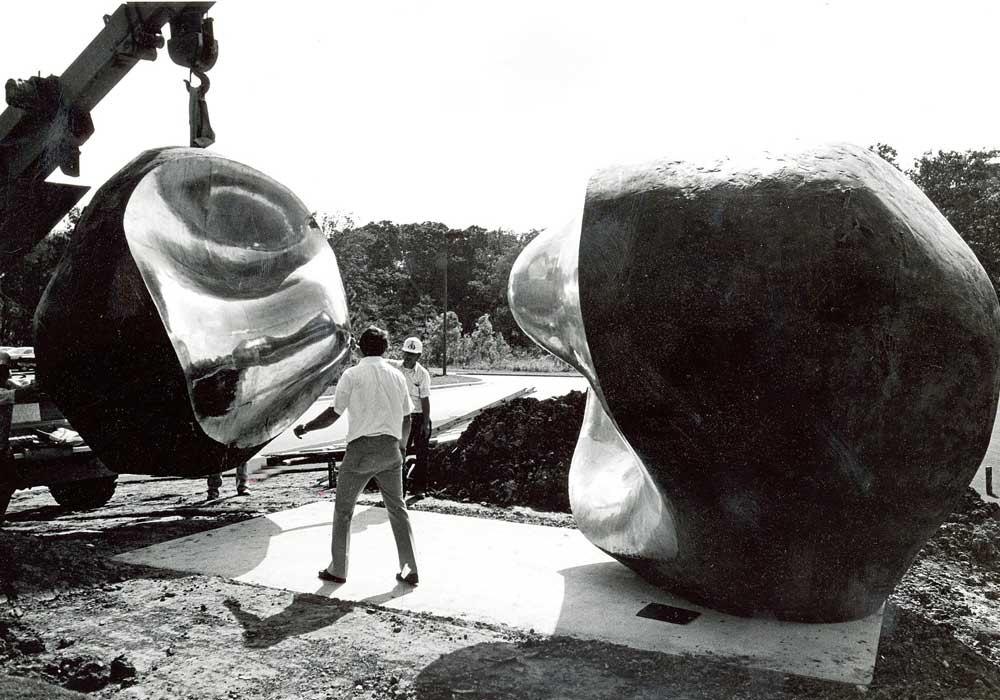 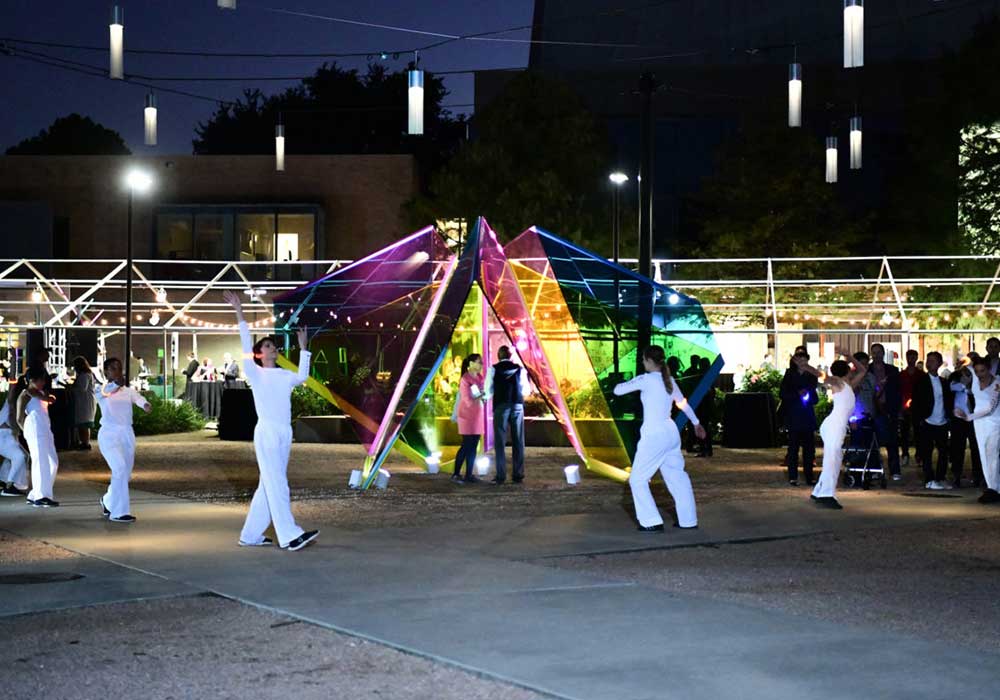 As it neared its 50th anniversary in 2019, Public Art UHS was designated as a strategic presidential initiative by UH System Chancellor Renu Khator. The primary institutional focus then shifted from collection development, commissioning, object conservation and long-term exhibitions to an all-encompassing arts organization with all core museum functions including temporary exhibitions, robust public programming, research, education, and broad community outreach.

To lead such transformation, María C. Gaztambide was recruited in 2018 after a long tenure at the Museum of Fine Arts, Houston. In 2019, Public Art commemorated its 50th anniversary with the publication of On Site: 50 Years of Public Art of the University of Houston System, published in London by SCALA Arts & Heritage Publishers. The monograph reflects on Public Art’s 50-year history as well as charts out a trajectory for continued future growth and development.

Today, Public Art UHS’s approach of blurring the lines between art and public uniquely positions it as an exemplary 21st-century museum. It serves diverse communities throughout greater Houston and South East Texas as well as stakeholders including more than 70,000 students and nearly 10,000 faculty and staff from the four universities within the UH System. Its programs and collection also reach additional campuses in Sugar Land (UH), Pearland (UHCL) and Katy (UH/UHV), making art accessible to millions of Texans every day. 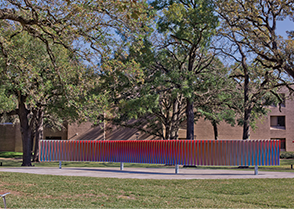 The story of Public Art UHS began shortly after the University of Houston entered the state of Texas system of higher education in 1963, 36 years after its 1927 establishment. 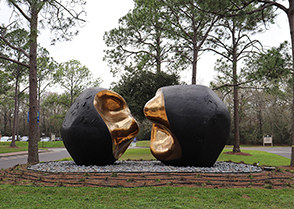 We rely on an active community of people with a variety of different talents and interests to make extraordinary public art available and accessible to all audiences. 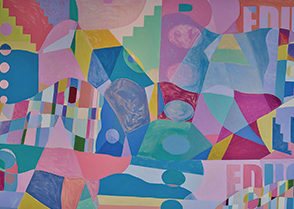 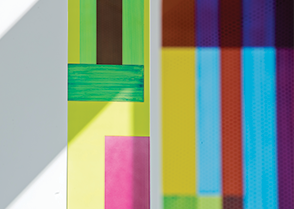 Public Art UHS relies on individuals, foundations and corporate entities to make extraordinary public art available and accessible to all audiences, supporting education programs and other initiatives for a vibrant growing arts community. 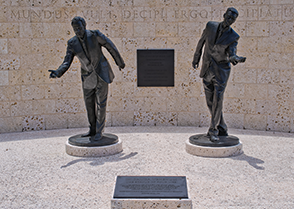