Initially getting a bachelor’s in medical technology from the University of Alabama in Tuscaloosa, Kendall Buster did not start pursuing art until the 1980s when she received her BFA from the Corcoran School of Art in Washington, DC, and an MFA in sculpture from Yale University. Buster’s background in science can be seen in “Flow”. This suspended, semi-transparent form holds a configuration of topographic-like planes that swell and surge from the stairway to the expanded entryway. The work references fluidity and dynamism, concepts that also resonate with anatomy and with the function of the human eye. Buster has noted that “Flow” gives the sense of a cloud or of even being underwater, but that this feeling in non-referential. Yet, in its site specificity the piece also converses with the unique characteristics of this space and is meant to engage viewers from all vantage points. Buster’s works have been exhibited nationally and internationally and she is the recipient of numerous awards, including the Kreger Museum Artist Award and the American Academy of Arts and Letters Visual Art Award. She currently works in Richmond, Virginia where she teaches Extended Media at Virginia Commonwealth University. 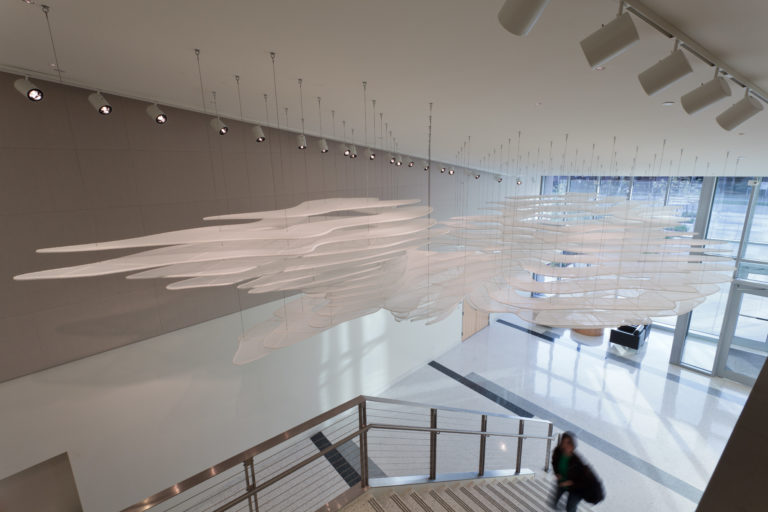 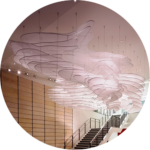 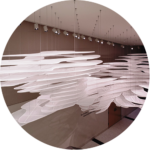 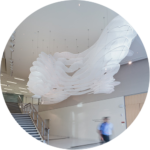 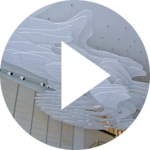