Manu Languidly Stirs Songs in the Grip of Shadow and Light, 2011

Studying under John Biggers at Texas Southern University, Bertram Samples helped shape the visual art scene in Houston. His early work as a painter represented the potential for visual art to a community whose art was comprised of music. Continuing his education Samples received his MFA from the University of Houston and was honored with a teaching fellowship at the university. He has been an artist in resident at the Glassell School of Art at the Museum of Fine Arts Houston and was named one of the “Up-and-coming Black Artists” by the Houston Chronicle. Born in Houston, Samples’ interest in collage and surrealism moved him from paintings to other mediums such as his Manu Languidly Stirs Songs in the Grip of Shadow and Light in five double layered panels of etched glass. Representing the four elements Samples’ piece reflects the life force that is in all things. The divine spirit of life, the piece is meant to be enigmatic and remind the viewer of the indecipherable meaning of their existence. Samples also has another etched glass installation at Bush Intercontinental Airport and his painting Idolatry Castrates Bulls in the Red (1980), also in the collection of Public Art of the University of Houston System, is on view at the University of Houston. 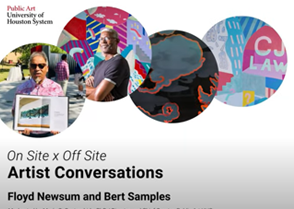 On Site x Off Site | Floyd Newsum and Bert Samples

Other artworks by this artist 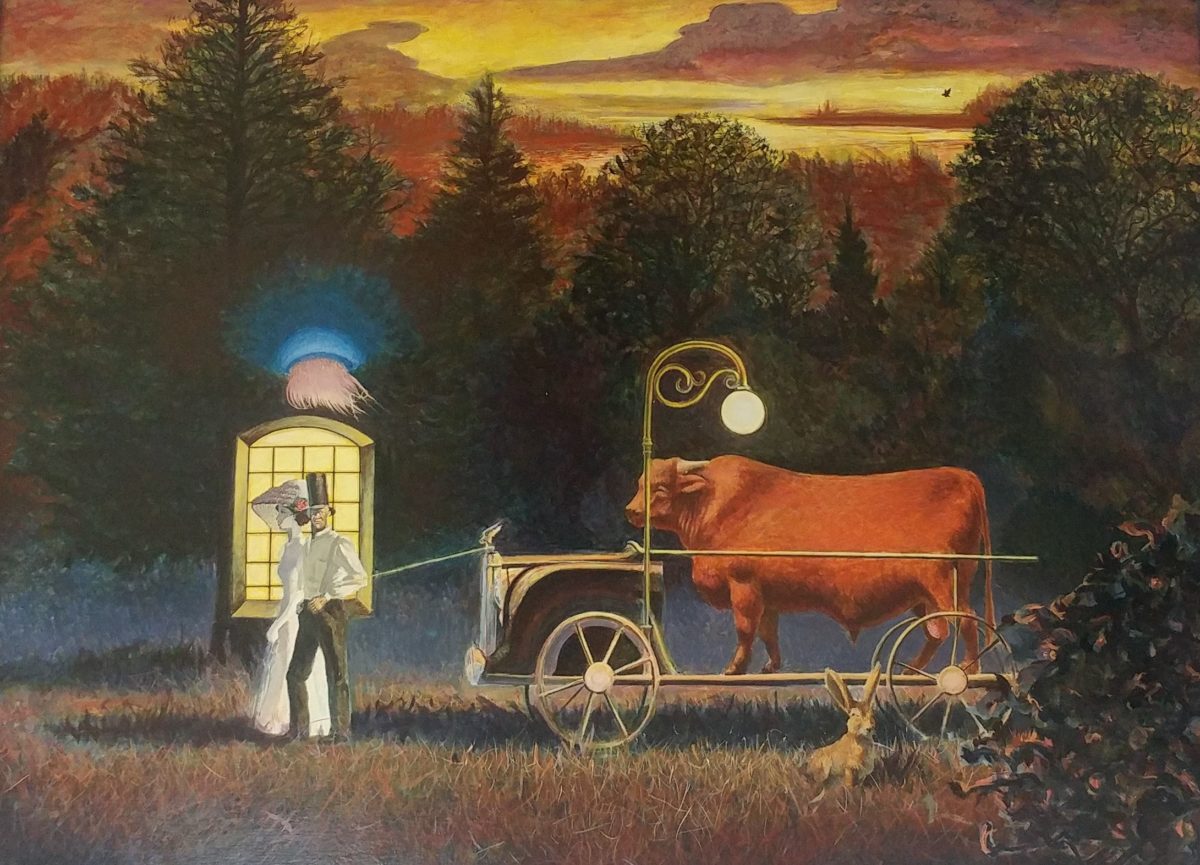 Idolatry Castrates Bulls in the Red, 1980