Conservation of Carroll Simms, Jonah and the Whale

The biblical story found in the book of Jonah inspired Carroll Simms’ modernist interpretation of Jonah inside the whale. Acquired in 1973, Jonah and the Whale was the first work by an African American artist to be accessioned into the collection of the University of Houston. Nearly half a century later, extensive restoration completed in March 2020 has illuminated key features—including Jonah’s surprised expression at finding himself in the belly of the whale. A long-time faculty member at Texas Southern University, Simms brought a distinctly Pan-African and spiritual perspective to the art scenes of Texas and the United States. Public Art UHS is honored to bring the bronze sculpture by this important artist back to life.

Before undergoing conservation, corrosion and surface pollution bi-products reflected light off of Jonah and the Whale’s surface, making details hard to see and obscuring the artist’s intent. Our conservators first used a pressure washer at a safe distance to rinse away loose dirt and grit and to soften the surface grime. They then used filtered water to remove chlorine and other contaminates.

Then a mixture of Vulpex soap, an ionic surfactant, and water was applied to remove surface dirt and contaminates such a bird guano and old wax. Our Conservators took great care to wash every detail and cavity with the solution which was then rinsed off taking with it the dirt, grit and grime on the surface.

Airborne contaminates from pollution and construction may have corrosive properties that can cause damage to the bronze. Pressure washing can be harmful to many sculptures especially stone works. But by keeping a good distance, as seen in the photographs, our conservators kept Jonah and the Whale’s surfaces safe from the high pressure at the nozzle which can reach 4000 psi. After the second rinse, Jonah and the Whale was wiped down with towels and then allowed to air dry in the sun.

As the bronze dried, the remaining corrosion revealed itself. After warming the bronze sculpture with a propane torch, the team then treated it with a clear wax. The bronze was warmed to the melting point of the wax, which was worked in with a brush then reheated. The process created a protective seal from the air, water and contaminates. The process also produced a darker surface which absorbs light, making it possible to see more of the original details in Jonah and the Whale. 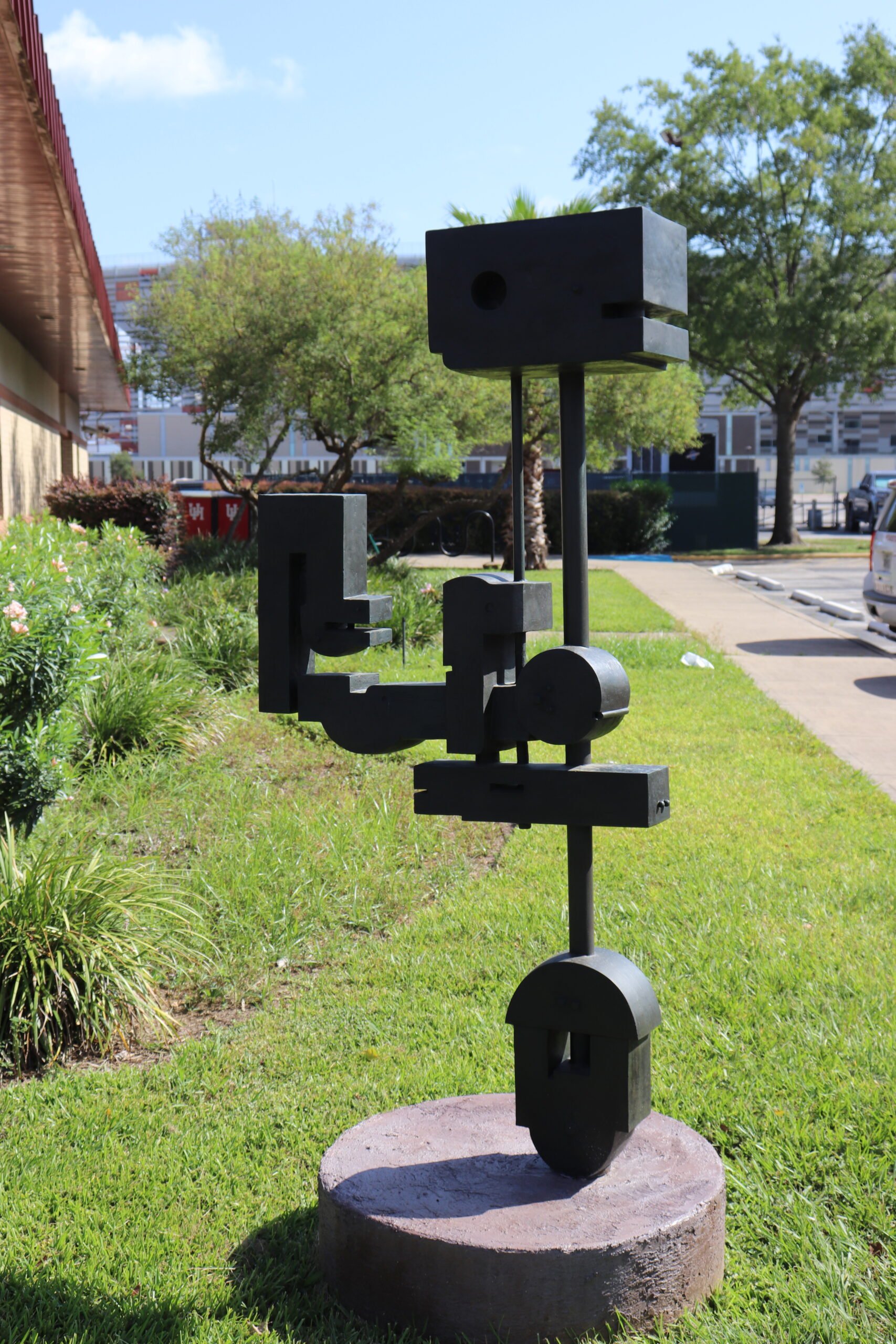 Images of Jonah and the Whale before and during conservation