Folly is one of Jorge Pardo’s most ambitious architectural installations to date as well as the second Grove Commission, Public Art UHS’ flagship temporary public art program at the University of Houston. It is a site-specific response to Wilhelmina’s Grove, one of the last original wooded areas remaining at UH.

Working on small and monumental scales, Pardo’s artworks explore the intersection of contemporary painting, design, sculpture, and architecture. Folly continues his long interest in incorporating familiar forms and objects as well as in extending art into real space. Far from embracing art that has little engagement with the everyday, the artist views his works as objects “that are more open and function like the world functions.” A sailboat exhibited as an obelisk, a set of lamps displayed as both sources of illumination and as freestanding sculptures, a structure—such as Folly—that blurs the lines between artwork and living environment; between functional and ornamental space.

Pardo describes Folly as “… a group of paintings…a little building…amongst some trees…a folly…” Folly debunks traditional views on follies as purely ornamental structures that lack utility. Pardo’s intent is for the work to heighten the capacity to “structure to our looking” across the wooded space it inhabits. At the same time, he treats the interior as a vast canvas, folding in his ubiquitous palette of vibrant colors, dizzying patterns, and dramatic lighting elements. In this sense, Folly produces great visual delight yet, conceptually, it also begs us to question the distinctions between fine art and design.

Folly is generously supported by The Brown Foundation, Inc. 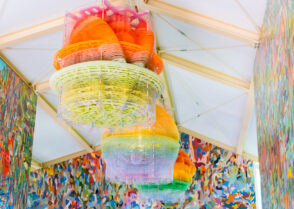 Wednesday, October 19th, 2022 | 4:00-6:00pm | Join Public Art UHS and artist Jorge Pardo for the public opening and housewarming of Folly, his new temporary commission at the University of Houston. 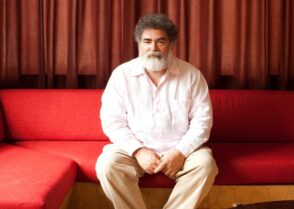 Liminal: A Conversation with Jorge Pardo 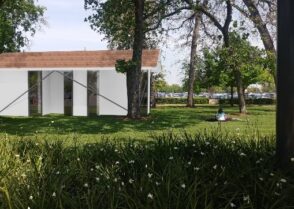 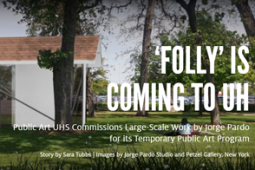 April 2021 | Jorge Pardo’s masterful works exploring the intersection of functionality, art, technology and craftsmanship have been shown worldwide. Now he is fabricating a large-scale piece for the University of Houston.