The ten lithographs in this portfolio are some of the first prints that Nancy Graves ever made as well as the first to be produced in an edition. Throughout her career, the artist worked in many mediums including sculpture, painting, drawing, mixed media, printmaking and film which she often combined in her cross-disciplinary practice. Graves’ prints, for example, were an outgrowth of her paintings and drawings and she typically moved seamlessly between these mediums. Her diverse body of work, which also included set design, was bound together by abounding color. In the Lithographs Based on Geologic Maps of Lunar Orbiter and Apollo Landing Sites series, Graves used color to provide visual cues for interacting with the works, suggesting lead-ins to where viewers’ eye would be drawn to and how their gazes would travel. In these works the artist examined repetition, variation, and verisimilitude to help viewers perceive visual information. The ten prints are interpretations of the actual maps that NASA produced in preparation for the Apollo mission. Transposing portions of the lunar charts into larger drawings, Graves stippled the images onto sheets of Mylar which she then transferred to light-sensitive aluminum plates. The result were entirely new compositions that engaged abstraction while evoking the spatial origin of the source images. These lithographs are consistent with an entire body of work where Graves repurposed objective scientific materials into compelling, expressive works of art. Graves studied at Vassar College and received her MFA from Yale University, where her classmates included Robert Mangold, Rackstraw Downes, Brice Marden, Chuck Close, and Richard Serra. In 1969, she became the youngest artist, and only the fifth woman, to receive a solo exhibition at the Whitney Museum of American Art in New York. This opportunity helped launch her career. She went on to receive countless honors and distinctions during her life despite of it being cut short by her untimely death from cancer at age 54.

Artworks in this Portfolio 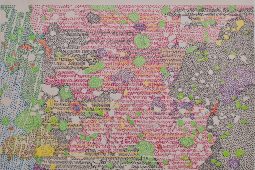 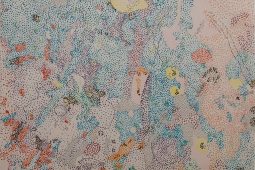 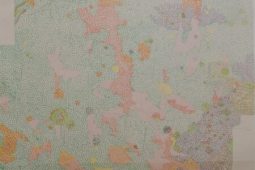 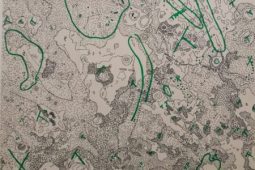 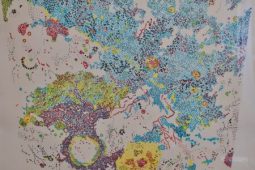 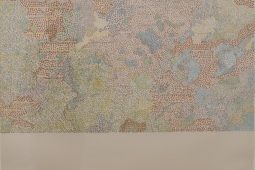 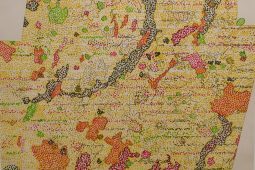 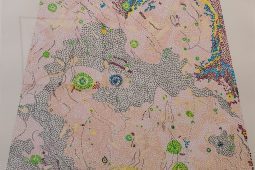 VIII. Geologic Map of the Sinus Iridum Quadrangle of the Moon, 1972 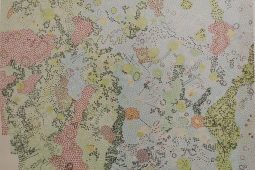 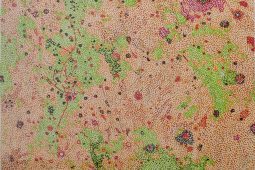