Back to Kansas is comprised of 70 blocks of brilliant and subtle color gleaned from the artist’s own repeated viewing of The Wizard of Oz. Each color in the grid corresponds to a color from the film, such as “Yellow Brick Road” and “Ruby Slippers.” The size and shape of the billboard is a reference to the proportional relationship between the width and height—or aspect ratio—in which the film was originally projected (1.37:1).

If you sit with this work for at least 30 minutes during the dimming light of sunset, you will see how the colors shift from vibrant to grayscale. This change is not an illusion, but an effect of your eye’s response to color and light over time. Finch chose this effect as a reference to the film, which begins as it ends, depicting Kansas on black and white film; only shifting to Technicolor while in the fantasyland of Oz.

Listen to learn more about Back to Kansas: 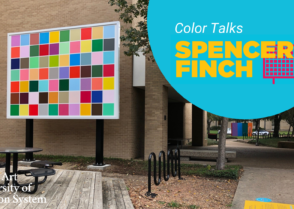 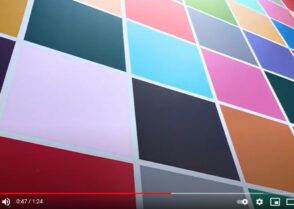 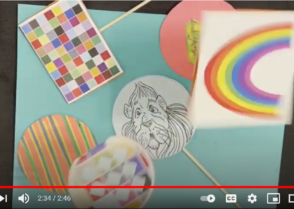 This activity is inspired by Spencer Finch’s Back to Kansas (2015), one of the works that was on view at the University of Houston as part of the temporary exhibition Color Field. This exhibition provides opportunities to question our perceptions while thinking about the impact color has on our lives. 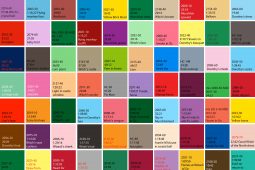