Carlos Cruz-Diez got his start as a graphic designer and advertising man in his native Caracas. Early experiments with color sparked an interest in visual perception and led him to give up graphic design in order to pursue art on a full time basis. The decision led to his family’s relocation to Europe, first to El Masnou (near Barcelona) in 1955 and finally to Paris in 1960. In Paris contact with the world of op and kinetic art encouraged Cruz-Diez to continue with his visual experimentation, ultimately earning him wide recognition as one of the most important geometric abstractionists of all time as well as a leading figure of contemporary Latin American art. "Double Physichromie" was Cruz-Diez’s first permanent public commissions in the United States and one of his largest artworks. In keeping with works from the "Physichromie" (or physical color) series, which began in 1959, the sculpture explores the artist’s concept of “additive color.” This color does not exist on the surface itself but is perceived by the eye as a result of the parallel lines of color that intersect on the plane. "Double Physichromie" shows Cruz-Diez’s intense interest in color and color theory. When standing still in front of it, the viewer can appreciate the complexity of the colors and color combinations used on more than 2000 of its aluminum pieces. Cruz-Diez’s work can be found at the Museum of Fine Arts, Houston, the Tate Gallery, and the Museum of Modern Art in New York, among many museums. 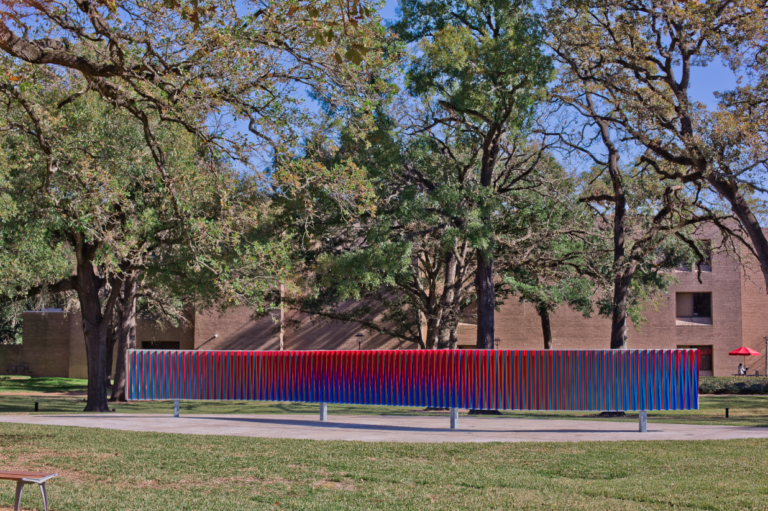 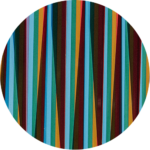 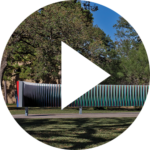