Widely regarded as one of Texas most talented artists, Dorothy Hood was born in Bryan and raised in Houston. She attended Rhode Island School of Design and the Art Student League of New York. The time spent on the East Coast played a major role in her work, along with the 22 years she spent in Mexico City (starting in 1941 when, on a whim, she drove down to Mexico with friends). Deciding to settle in Mexico City, Hood had the opportunity to paint alongside Diego Rivera, Frida Kahlo and other members of the Mexican avant-garde. In 1946, she met and married her husband the Bolivian composer José María Velasco Maidana with whom she travelled all over the world. Moving back to Houston in the early 1960s, Hood brought a blend of New York abstraction and Mexican surrealism to the local art scene. Her large-format works reflect the exuberant palette and energy of midcentury Mexico, as well the more ordered, structured vocabulary of the New York School. Although Hood almost singlehandedly made abstraction the language of avant-garde art in Texas during the 1960s and 1970s, this recognition did not come during her lifetime. Vastly underappreciated, it was not until years after her death and a push from her loyal supporters that Hood’s works started to gain the awareness it deserved. Hood’s works can now be found in museums all over Texas, including the Museum of Fine Arts, Houston where she used to teach. "Time the Bridge of Doors" is emblematic of Hood’s work inasmuch as it displays the synthesis of cubism and surrealism, resulting in a bold new take on mid-century modernism. Another one of Hood’s works, "The Angel’s Key" from 1987, can be found on the campus of the University of Houston. 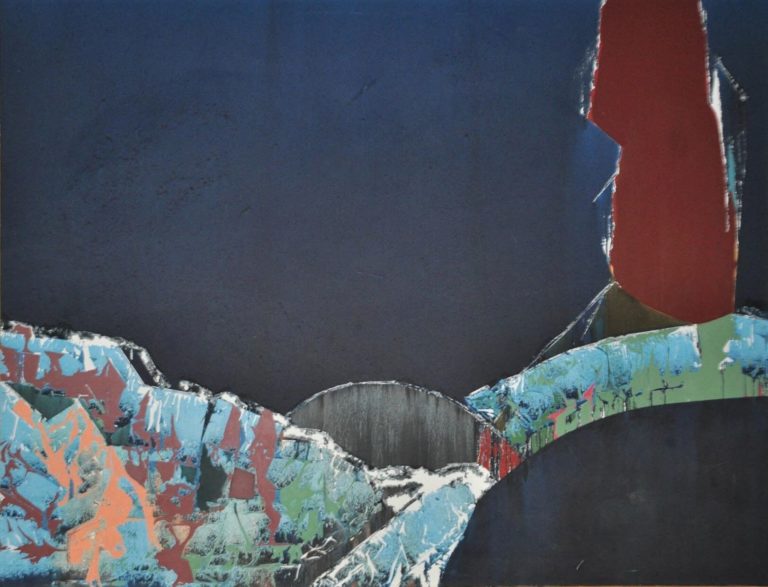 Other artworks by this artist 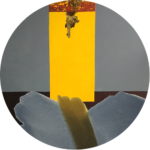