Virtual conversation in conjunction with the exhibition Instantaneous Beauty: Andy Warhol and the Photographic Process, organized by Public Art of the University of Houston System. Maria C. Gaztambide, PhD, Public Art UHS Director and Chief Curator, was joined by artist Jamie Wyeth—with whom Warhol formed a lifelong friendship and artistic collaboration—and filmmaker and producer Vincent Fremont, who worked alongside Warhol at the Factory for nearly two decades and later helped to establish the Warhol Foundation. Wyeth and Fremont will share their personal memories, provide insights into Warhol’s work and process, and reflect on the dynamic art scene in New York City in the 1970s and 80s.

About Our Special Guests

Vincent Fremont began working for Andy Warhol shortly after arriving in New York in the summer of 1969. For nearly twenty years until Warhol’s death in February 1987, he worked for the Factory in various capacities. Fremont was the Vice-President of Andy Warhol Enterprises and the Executive Manager of the Andy Warhol studio. In the 1970s and 1980s, Fremont produced and developed video, television, and film projects, including Vivian’s Girls, Phoney, Fight, Fashion, Andy Warhol’s TV, and Andy Warhol’s Fifteen Minutes. Since Warhol’s death in February 1987, Vincent was one of the Founding Directors of the Andy Warhol Foundation for the Visual Arts, Inc. He was closely involved in establishing the Andy Warhol Museum in Pittsburgh, guiding the selection of the founding collection. Vincent and his wife Shelly Dunn Fremont co-directed and co-produced an award-wining documentary entitled PIE IN THE SKY: THE BRIGID BERLIN STORY, which chronicles the life of Warhol Superstar Brigid Berlin. Currently Fremont is working on a variety of projects in the art and entertainment fields.

A celebrated contemporary realist painter, Jamie Wyeth is also a third-generation artist and member of the famed American artistic dynasty. Though many of his works reflect the eternal beauty of the Maine landscape or the enduring dignity of domestic animals and wildlife, others are intensely of their time, depicting important individuals and cultural events in the late 20th and early 21st centuries. Included among these are portraits of political and entertainment figures, including President John F. Kennedy, Rudolf Nureyev, Andy Warhol, and Arnold Schwarzenegger; charcoal drawings that documented the unfolding drama of the Senate Watergate hearings; pictorial reporting of NASA space launches and splashdowns and recently, a series of paintings based on the seven deadly sins. With their compelling images, strong contrasts, and tactile surfaces, Jamie Wyeth’s works are marked with a portrait-like intensity, whether they depict people, animals, architecture, objects, or the continually unfolding interaction between mankind and nature. 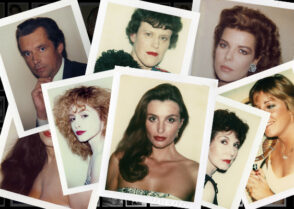 February-June 2022 | exhibition presented at the O’Kane Gallery, UHD and the UCHL Art Gallery. 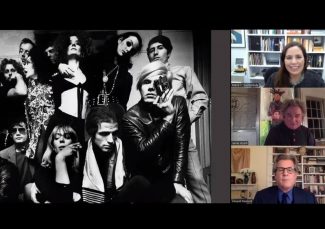