Public Art UHS owns a collection of fifty silver gelatin prints by Andy Warhol. This corpus provides one of the few places in Warhol’s artistic output where we are able to witness a rare touch of authenticity between the artist and the subject. Away from chasing colorful, glittering starlets, these black and white images were not instantaneous—like his ubiquitous Polaroids, of which Public Art also has a fine set—but required patience and carried with them an anticipation.

Andy Warhol’s candid black and white photographs are a perfect contrast to the glittering Polaroids. The black and white snapshots appear as a casual diary of his everyday life, less precious, more vernacular, and sometimes reserved for his most intimate moments. Empty Chair is a quiet, philosophical musing that immediately invokes his earlier electric chair series. China, Street Scene from 1982 is a rare instance of Warhol traveling beyond New York City, where a strange confluence of Western hyper-capitalism meets an Eastern shifting communism. Perhaps least expected, we witness time spent with his companion Jon Gould where Warhol’s usual cold gaze softens and becomes nearly familial. One particular image, Jon Gould with Unidentified Infant, betrays colorful clichés, to reveal a desperately shy, awkward artist.

While the Polaroids seem to achieve the distance Warhol was seeking in his artistic output, the black and white images inject a sense of familiarity and casualness that the artist is not commonly known for. By his later years, Warhol would take a roll of black and white film per day. In these later black and white images, Warhol quickly transverses genres from street scenes to architectural facades, from still lifes to children’s portraits, creating an archive of photographs that reach far beyond the enchantment with celebrity. Through these simple, everyday occasions seen in black and white, we are able to glimpse the man behind the machine. 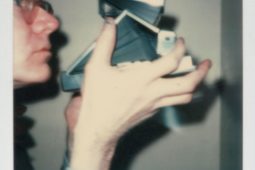 (July 2021)  Read about the man and the machine, Andy Warhol photography and everyday life. 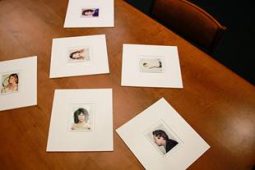 For access and more information about this collection, visit Special Collections at the University of Houston Libraries 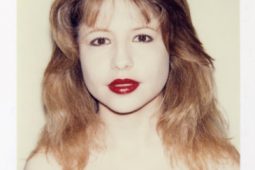